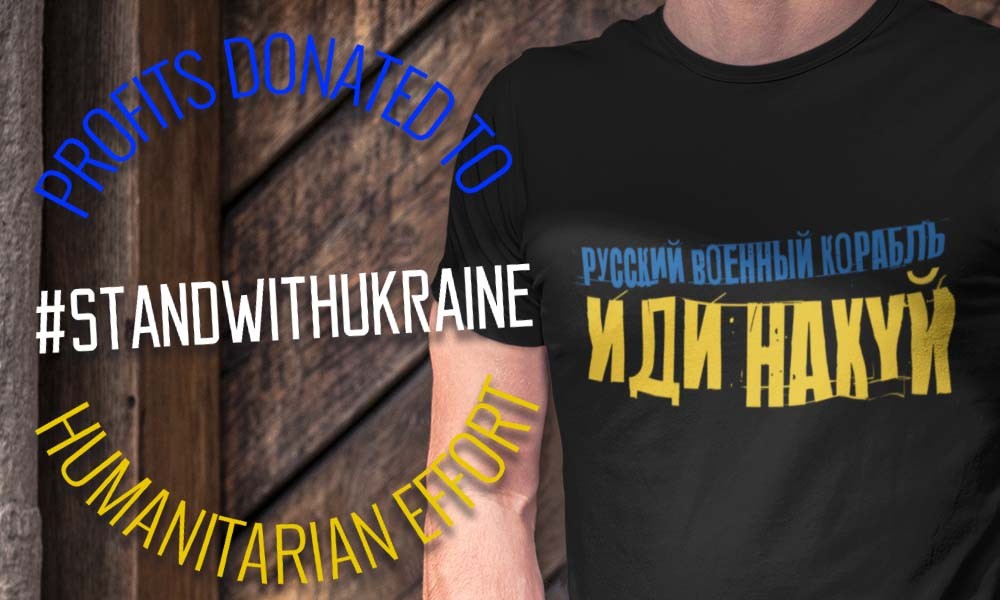 We have now made a further donation of £300 from sales of our Ukraine t-shirts to Bridge To Unity. Bridge To Unity's latest information about how their funds are being used is reproduced below:

We have thousands of pounds worth of vital medical kit in the process of being ordered for the wonderful ZSR, all bought with your kind donations. As well as this the team are in discussions about the formation of a formal partnership and a project which we hope to be able to share with you soon.

This leads us on to the rest of this update.. Over the last 72 hours we have been involved in important conversations with individuals to finalise plans for the coming weeks which will give us an opportunity to help even more of the heroic individuals working on the frontline. We can now confirm these to you.

As many of you will have heard, overnight on the 2nd of March, a maternity hospital in Ukraine was affected by a Russian airstrike, with women and children having to take cover in basements to shield themselves from danger. As well as the tragic deaths of those lost, medical facilities were destroyed, leaving the staff unable to provide the care so desperately needed by the women and children relying on them.

Last week the Bridge to Unity team returned from a trip to Poland where thousands of pounds worth of essential medical kit was delivered directly to teams of medics working in Ukraine on the frontline. We have already had confirmation from those on the ground that this kit, funded by our supporters, has started to be used and has already saved lives.

Following the success of this aid drop, the frontline medics put us in contact with surgeons working at the maternity hospital in Zhytomyr who have confirmed that medical aid is not reaching them and because of this they are unable to carry out the job they so desperately need to do. As well as this the facilities have been destroyed by missile strikes, women are giving birth in basements and bunkers, sick children are having to be transported miles to other centres to receive care. The medical team are struggling, morale is low and they need desperate help.

We have been given a list of essential kit, we have the means of getting it to them but we need the support of you all to enable us to do so. We have been gathering quotes and continue to gather quotes from our suppliers and we believe that with £10,000 we could kit out this team with a wealth of essential medical supplies that will save the lives of women and children in Ukraine that are directly affected by these atrocities.

We appreciate everything every single person has done and we know we have already asked so much of our supporters but if you can donate anything, even just a few pounds, we promise you that we will deliver and ensure this kit gets exactly where it is needed.

We have now made donations totalling £2400 from sales of our Ukraine t-shirts. The first £1600 went directly to DS Medical in order to buy medical supplies for transportation to the Poland/Ukraine border. The next £800 raised was paid to Bridge To Unity, the community organisation that is coordinating the purchase and transportation of the equipment and supplies. Bridge To Unity have currently fundraised to purchase an ambulance to be used by Zintegrowana Służba Ratownicza (ZSR), a Polish NGO working at the border to help refugees from the conflict. Our second donation has been used to purchase equipment from local Polish suppliers to help kit-out the ambulance.

As ever, all profits from the sale of our Ukraine t-shirts will be donated in support of those affected by the humanitarian crisis. You can also donate directly to Bridge To Unity using the link on their webpage or via their JustGiving page. Thank you to everyone who has supported their work in any way, and many thanks to Bridge to Unity and Zintegrowana Służba Ratownicza for their work with people fleeing the conflict.

The total amount raised from the sale of our Ukraine t-shirts has now exceeded £1100 in less than four days! We have been amazed at the response from people supporting this cause, and we are pleased to say that we have now identified the organisation that will be the recipient of the funds.

In choosing where to donate the funds raised we were keen to find a smaller organisation that was actively doing work on the ground with the people most in need. We felt that supporting such an organisation would allow people to see the real difference made from the contributions, rather than donations going to a large charity where the impact is less obvious, and a large percentage of the money may go to administration and advertising costs. We have therefore chosen to support the Bridge To Unity appeal, which is actively involved in purchasing medical equipment and supplies and transporting them to the Polish/Ukrainian border where they will be handed over to Zintegrowana Służba Ratownicza (ZSR), an NGO working around the clock to support those fleeing from Ukraine.

ZSR is based in Poland and provides emergency medical care in crisis situations. They are currently working 24 hours a day at the Polish/Ukrainian border providing medical treatment to those arriving as they cross into Poland. Every day they are treating hundreds of people, mainly women and children, who are arriving suffering from severe dehydration and hypothermia from queuing for hours in subzero temperatures.  ZSR is made up of a voluntary team of paramedics, doctors and nurses and, despite their incredible efforts, they are working with limited resources which are restricting the care they can provide. The strength and determination shown by this group of volunteers is awe-inspiring and we want to do all we can to help them, particularly as they prepare their teams for a likely need to travel to the conflict zone as things escalate in the Russian invasion of Ukraine.

Bridge To Unity has put us in touch directly with their medical supplier - DS Medical - for us to pass donations directly to them. This means that absolutely 100% of all money raised through the sale of our t-shirts will be going to purchase vital medical equipment and supplies for the people of Ukraine.

If you would like to support Bridge To Unity directly then you can do so via their JustGiving page here. Alternatively, you can continue to buy our Ukraine humanitarian effort t-shirts, and we will continue to use all profits to purchase the medical supplies which Bridge To Unity will transport to the conflict zone.

The first lorry load of supplies is leaving the UK destined for Poland/Ukraine tonight (4 March). Below are some photographs we have been sent of the first shipment being loaded. We will update this page with more information on the fundraising effort as things progress.

Many thanks for all your generosity. 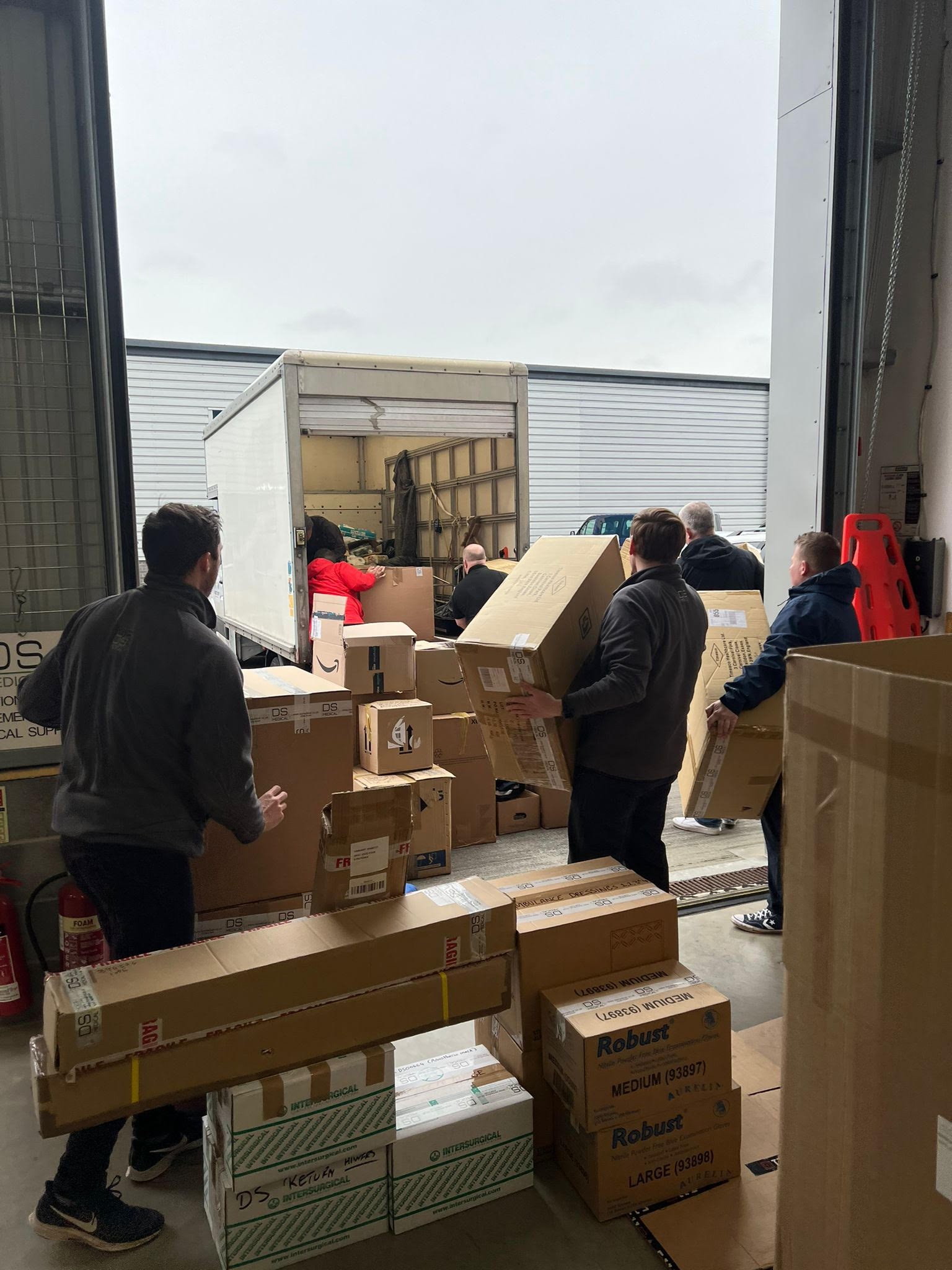 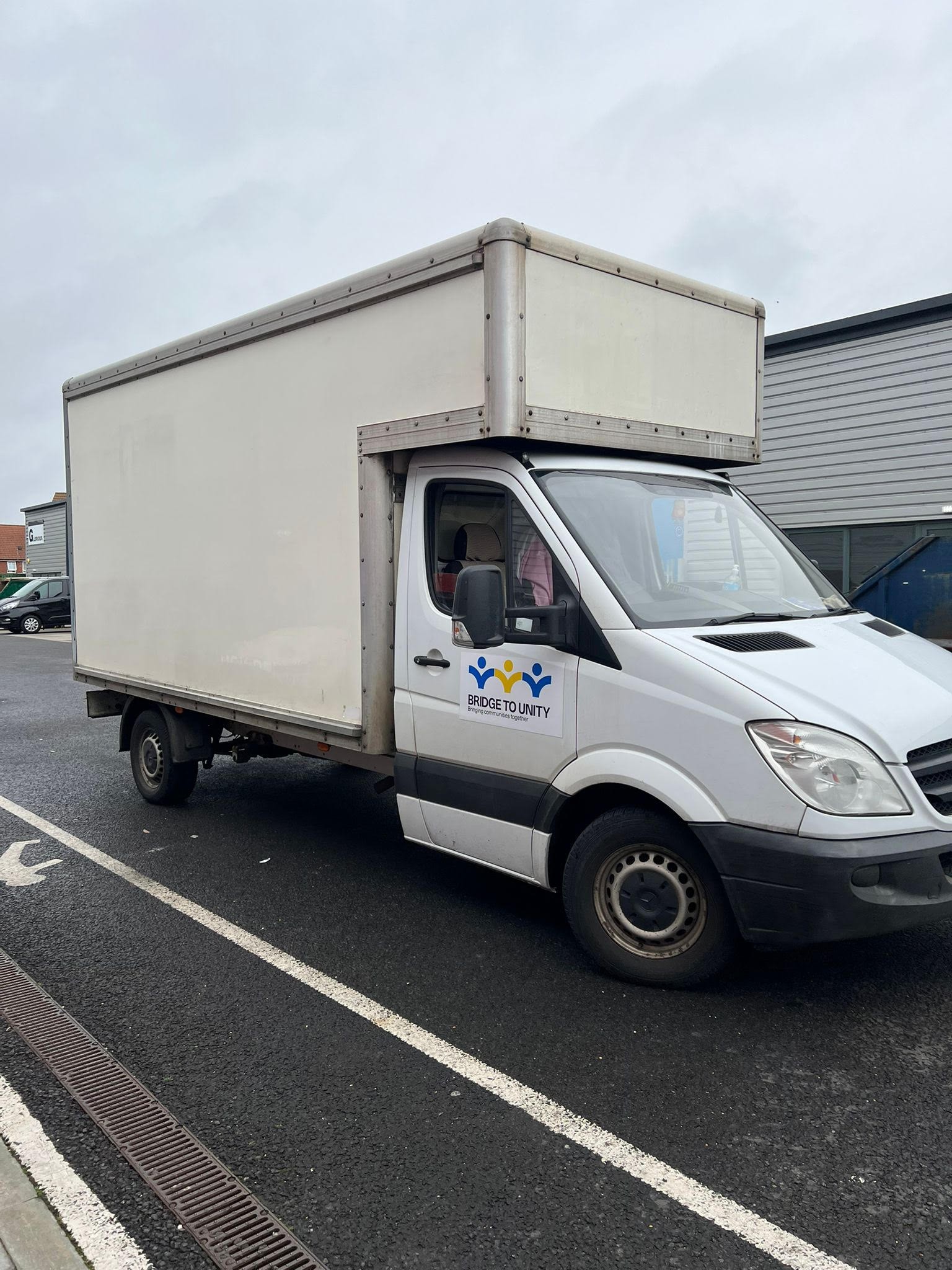 We have received numerous messages from people asking for us to produce some pro-Ukrainian t-shirts in light of the terrible situation that is going on throughout Ukraine. We have therefore decided to produce some designs, from which all profits will be donated to organisations supporting the humanitarian effort* in Ukraine and neighbouring countries. We have used the words of the soldiers defending Zmiinyi Island (now thankfully known to have survived) in response to demands to surrender from the Russian Navy: "Russian Warship: Go F*** Yourself". We have also produced a mash-up of two tyrannical brothers-in-arms: Putin and Hitler, accompanied by a Ukrainian slogan that has become an anti-Putin call-to-arms: "Putin khuylo" (Пу́тін хуйло́). We will update our website regularly with the amount and destination of the donations made.

* selling products with the express aim of raising money for a specific registered charity is problematic, as there are legal processes that need to be completed by both the charity and the fundraiser in order to do so. Consumer law would require us to enter into a legal agreement with the charity as we would be representing to our customers that a proportion of their money will be going to the charity. No promise regarding any donation/royalty can be included on the products or supporting publicity without such legalities (due to VAT law and Charity Commission regulations). Legal arrangements for the right to use royalties from sales are expensive and can only be justified if those sales are expected to raise income over and above these costs. When considering the potential return of investment against the time the charity would need to give, it unfortunately does not balance up. Therefore, we will commit to make a periodic donation equivalent to the profits raised from the sale of these designs to various charities that we feel are best placed to support humanitarian efforts to assist the people of Ukraine without explicitly fundraising for them. If anyone has suggestions for the destination of these donations then please get in touch to let us know. 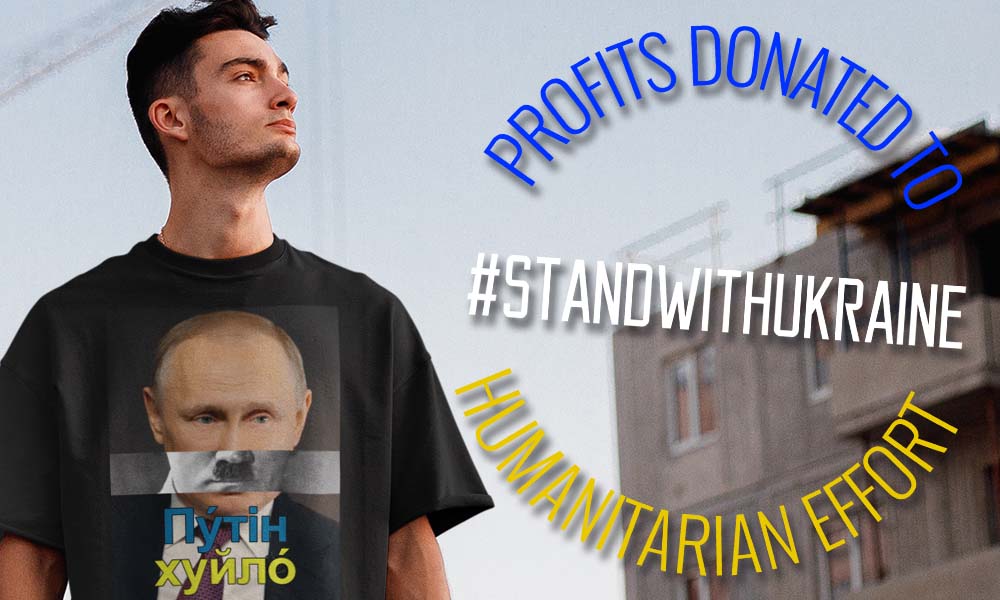 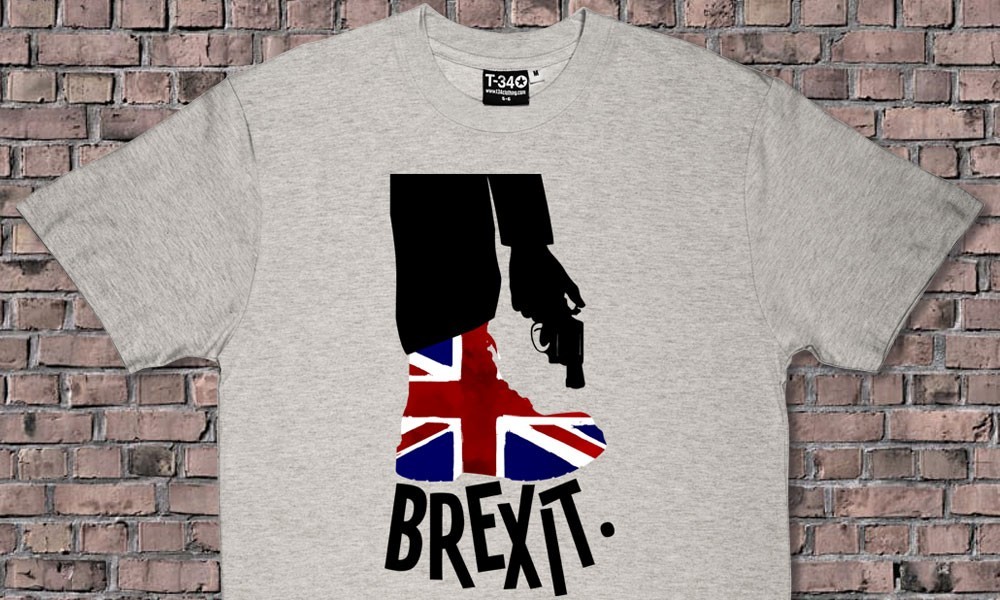 No Nations, No Borders

We get global this week with three brand new t-shirts with an Internationalist theme. 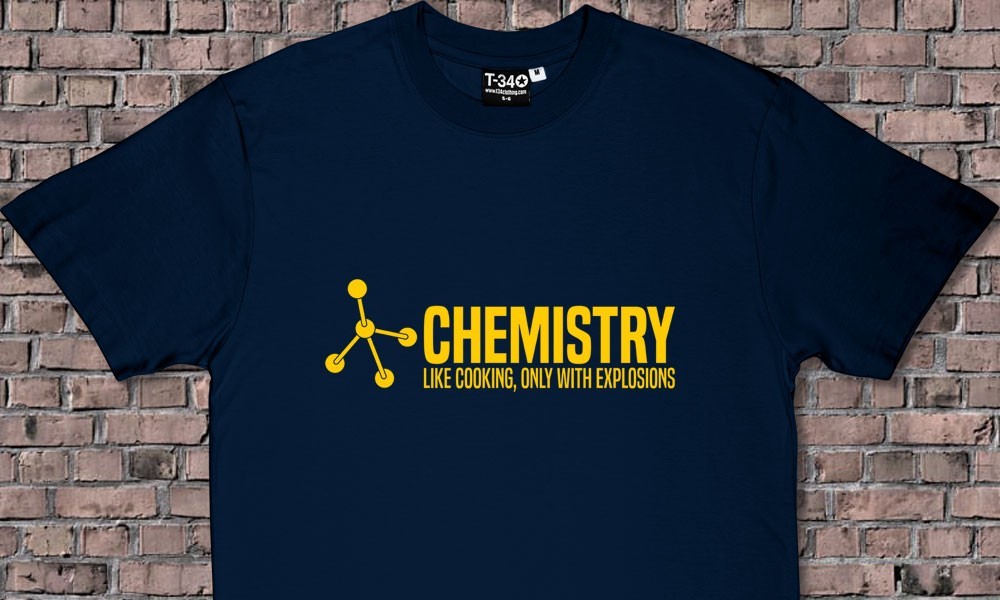 This weekend we are celebrating science, baby! 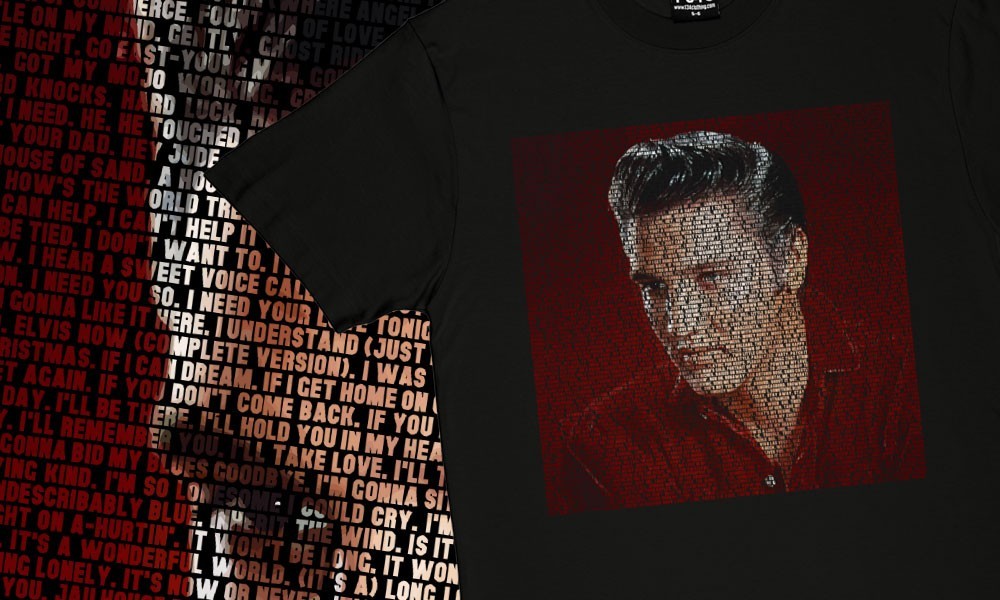 Thank you for signing up to the newsletter.